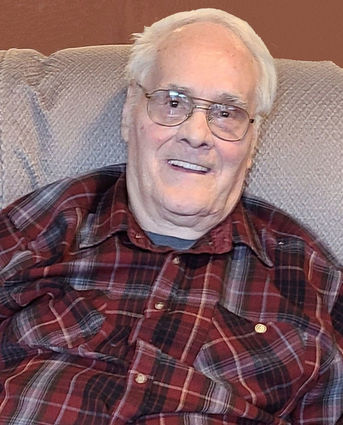 Burchard Jack Windels Sr., 85, of Fairfield, went home to be with his Lord and Savior on January 6, 2021 surrounded by his loving family. Burt was born October 14, 1935 in Chinook, MT to Raymond and Marion Windels. His best friends were his siblings Virginia, Bill, and Pernal "PeeWee" whom he played and grew up with on their ranch five miles south of Hogeland. Burt attended elementary at Wing School, a one room schoolhouse. He attended high school at Hogeland High and graduated in 1954. He attended college at Northern Montana College in Havre, MT where he excelled. He built a groundbreaking engine and taught classes as an undergraduate while serving in the Air National Guard. After graduation he taught in Hogeland 1958-1959 and then joined the Air Force in 1959. He was a 2nd Lieutenant and Navigator when he was given an honorable, medical discharge in 1961 due to problems with his knees. He went on to teach in Roy, MT 1961-1966 and then came home, purchased the family ranch and taught in Turner, MT from 1966-1968. He began praying for a wife and met the love of his life Kathleen Lewis in August of 1968. On December 15th, 1968, Burt had his "greatest accomplishment of my life" and married Kathy. The two of them taught in Turner and worked on his beloved ranch with his dad and mom. In 1970 Burt and Kathy were blessed with 3 sons and a daughter. They stopped teaching to work full time on the ranch and raise their growing family. In 1971 a fourth son was added to the family and in 1972 a fifth son was born. Burt and Kathy also took in many foster children. In 1982 Burt met his lifelong dream to be a Buffalo Rancher. In 1998 Burt began to realize another child hood dream and started to build a steam engine. Burt was an active member of the Lutheran Church in Hogeland, MT and then became a board member of the Harlem Assembly of God for 30 years. In 2009 Burt and Kathy moved to Fairfield, MT to help their daughter and son in law raise their children. Burt was a kind and giving man who always looked for how he could help family, friends, neighbors, and even strangers although they were never a stranger for long. He was a man of great faith and tried to do as Jesus would do. He never looked at the current condition of anything but always saw the potential. He was an amazing husband, father, brother in law, uncle, son, cousin, and friend. Burt was preceded in death by his brother William, sister Virginia, mother Marion, father Raymond, and son Burchard Jack Jr. (B.J.). He is survived by his wife Kathy, son Robert Luna, son Frank Luna, son Santos Luna Windels, son Wayne Windels, daughter Julie Rae Windels Gibson, son in law Jason Gibson, Goddaughter Alexa Hardin, sister Pernal Solberg, nephew and Godson Timothy Jack Solberg, nephew and Godson Nathan Solberg, nephew William Anderson, grandchildren Danielle Luna Windels (husband Clinton Owens, great grandchildren Gabriela, Rayne, Khloe, Isabella Rae, Camilla, Jett), Richard Windels, Rachel Gibson (great grandchild Zayne Windels), Angelina Windels, Levi Gibson, Tristan Gibson, and Dakota Rae Gibson. A private family service and burial will be held at a later date. In Lieu of flowers memorials in Burt's name and be sent to Front Range Assisted Living (P.O. Box 593 Fairfield, MT 59436). Condolences may be left on line at http://www.gorderjensenfuneralhome.com.