CAN YOU SPELL IT? 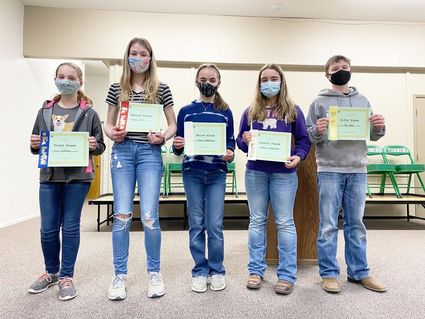 Grades four through eight recently participated in a school spelling bee with the chance to move on to the county bee to be held later this month. After a practice round, and being socially distanced, the group continually became smaller until the final five were announced. Usually the five would go on to compete, but due to Covid compliances of socially distancing, only the top place will move forward this year. The top speller at Turner School was Holly Grabofsky, daughter of Crystal and Mike Grabofsky. Holly is a sixth grader at Turner.

TOP SPELLERS at Turner were: