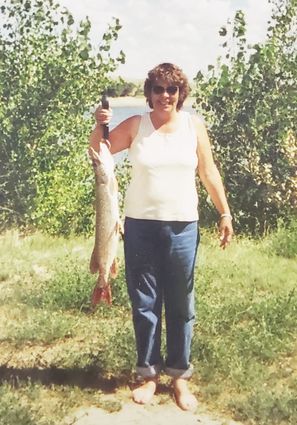 Dora Poore Skoyen passed away at home on December 26, 2020 after a fight with cancer. Dora was born to Carlton and Cleona (Crites) Poore on December 5, 1953. She joined two other siblings and then there were two that followed. Dora attended Zurich Elementary and then went on to Chinook High School. She married Bob Jendro in 1972, they later divorced in 1993. She had various different jobs through her life, most involving cooking and waitressing. She worked for the Past time Steakhouse for 23 years. Dora married Greg Skoyen on Valentine's Day 1996. Together they had one son Justin and step son Nathan. Dora became a stay at home mom and business partner with Greg in 1995. Her home was always sparkling and she was a great cook. She loved to garden and can. Her pickled beets were the all time favorite at family gatherings. Dora loved animals, she loved to be able to look out her windows at the wildlife, and there were always several cats about the place. She had a great love of music, sister Carmen says when she would visit Dora was always listening to music.

Dora was preceded in death by her Parents Carlton and Cleona Poore, brother Merle Poore and sister Marcie Epler.

Cremation has taken place and services will be announced at a later date.