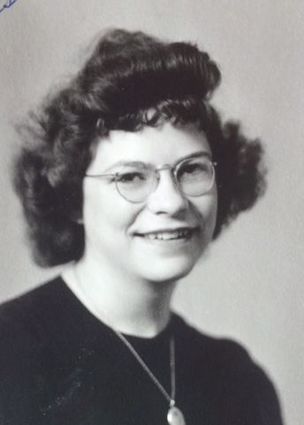 Lois Mable (Billmayer) Alcorn passed away peacefully at her home in Kennewick, WA on Jan 14, 2021. Lois was born on Aug 18, 1930 to Roy Clifford Billmayer and Mable Rhoda McGuire. She was born in her grandparents home in Harlem, MT. She was the first daughter in the family and joined her three brothers at the family home in Hogeland, MT. She was joined by a younger sister when she was three. Lois lived on the family farm in Hogeland, MT until she moved to Harlem, MT to attend high school during her sophomore year. It was there that she met the love of her life, Merlon Lorenzo Alcorn.

They fell in love and after graduation they were married Oct 8, 1948 at the Little Chapel of the Flowers in Berkeley, CA. They were sealed as eternal companions in the Logan, UT temple on Jul 5, 1957. Merlon served in the U.S. Navy and was stationed in Guam shortly after they were married. Lois returned home to Montana to help her parents on the farm and to have her first child, Joseph Lorenzo.

After Merlon returned from Guam and was discharged from the Navy they lived in Hogeland, MT and farmed with Lois's father, Roy. Eventually, Lois and Merlon bought their own farm in Harlem, MT. Their family grew to 7 children to include two more boys and four girls. Lois was a wonderful mother, wife, neighbor and friend. She worked hard on the farm, alongside Merlon, helping milk the cows, cooking for farm hands and raising seven children.

In 1968, Merlon was hired by the U.S. Border Patrol and the family packed up and moved to San Diego, CA. Trading gravel roads for 6 lane freeways was not on her bucket list but she did it for 8 yrs. Lois was devoted to her family and always found ways to serve those around her. She was a faithful member of The Church of Jesus Christ of Latter-day Saints. Lois held many callings during her lifetime that she loved, but serving the little ones in nursery held a special place in her heart. She chose to surround herself with children throughout her life and always had love and compassion for everyone. Lois made this earth life sweeter for her family, friends and even strangers through her Christ like love and charity.

In 1976, the family moved to Custer, WA for Merlon's job with the U.S. Immigration; it was back to the country and farm life for the family. Lois was a talented quilter, seamstress, homemaker, gardener and cook. She opened her home and heart not only to family and friends, but to the homeless, downtrodden, and marginalized who crossed her path.

Lois lived in Custer, WA with her husband until 2000 when they headed to the Dominican Republic to serve a 2 year mission for The Church of Jesus Christ of Latter-day Saints. She then spent the next 3 years caring for grandchildren and her mother-in-law. In 2005, Lois and Merlon moved to Kennewick, WA and enjoyed being close to family, making new friends and especially serving in the Columbia River Temple for over 10 years. The biggest challenge for Lois during the last years of her life was not being able to serve others as she once had. She touched many lives for good and her legacy lives on in her posterity.

In lieu of flowers please donate to the Latter-day Saints Humanitarian Charity in memory of Lois Alcorn at donate.churchofjesuschrist.org/donations/church/humanitarian-services

Lois was known for sharing the bounties of her kitchen. A favorite treat was Lazy Daisy Oatmeal Cake. Oatmeal was a breakfast staple in her home and leftovers were transformed into this tasty dessert. In honor of mom, we are sharing this with you. Enjoy! 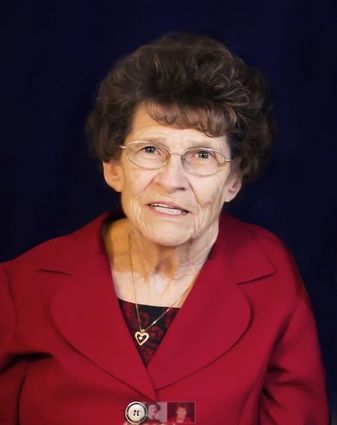 Beat butter and both sugars together until fluffy. Add vanilla and eggs and beat again. Add the oatmeal to the egg/butter mixture. Sift flour, soda, salt, cinnamon and nutmeg. Add the dry ingredients gradually to the creamed mixture. Pour into a well greased 13x9 pan. Bake at 350 degrees for 50 min. For frosting: mix melted butter, brown sugar, cream, coconut and nuts together. Spread the frosting on the baked cake while hot and broil for 2 minutes or until bubbly.

A funeral service will be on Saturday January 30, 2021 at Wilderness Funeral Homes of Chinook, Starting at 11:00am, a Viewing will be held at 10:00am in the morning before the service. The Service will be streamed Live at https://www.facebook.com/wildernessfuneralhomes/