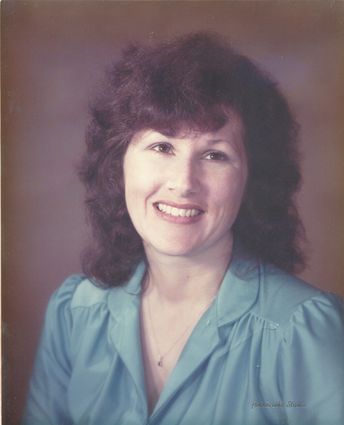 Loretta Park, 73, passed away due to injuries sustained in an automobile accident on Monday, January 18, 2021. Funeral services were held at 11:00 a.m. on Saturday, January 23, 2021, at Fifth Avenue Christian Church with Pastor Rick Hodshire officiating. Burial followed in the Kuper Memorial Cemetery in Chinook. Loretta's family has suggested memorial donations be made in her memory to Fifth Avenue Christian Church or to the charity of the donor's choice. Holland & Bonine Funeral Home has been entrusted with services and arrangements. Please visit Loretta's online memorial page and leave a message of condolence for her family at http://www.hollandbonine.com.

Loretta was born on March 28, 1947, to Eugene K. and Mildred (Campbell) Whinnen in San Francisco, CA. When she was five, she and her mother and siblings returned to her mother's hometown of Chinook. She was raised in Chinook and graduated from Chinook High School in 1965. Loretta and her mom and siblings spent a lot of time out south at the Campbell Ranch in the Bears Paw Mountains while growing up. She loved riding an old horse named Paint with her siblings and cousins. Loretta was working at the Cozy Corner when she started dating Johnny Higgins. The couple were married in June of 1968, and to this union two children, Karyn and Ryan, were born. Johnny and Loretta traveled to Mexico and Hawaii a couple of times over the years. Loretta began working with the ambulance crew in the mid-70's driving the ambulance or helping the other EMT's in the back of the ambulance. She also helped recruit people to volunteer for ambulance service. She was there about five years, and then trained EMTs for another five years. Johnny and Loretta divorced in 1981. She and the kids then moved to Havre to work at the Federal Land Bank for a couple of years while she attended Northern Montana College at night. When she finished school, Loretta began working for the Bureau of Land Management as a file clerk, working her way up to Realty Specialist. It was there that she met and fell in love with John Park. The couple married on December 31, 1983, joining Loretta's children with John's daughter Valerie and his son Shannon. John and Loretta lived in Havre until 1989 when they moved to Butte, where they stayed for five years. They then moved to Lewistown, where they lived until 2008. When John retired, they returned to Havre where Loretta worked for a couple more years before she also retired from the BLM.

After retirement, she volunteered to keep herself busy. She spent time at the soup kitchen and the Hi-line Pregnancy Resource Center, was a part-time secretary at Fifth Avenue Christian Church, and helped at the Chinook Senior Center.

Loretta found her faith in her 30's and was a devout Christian for the rest of her life. She was always ready to share the word of God and that Jesus was her Savior. She loved listening to the old hymns and missed them as they were replaced with other songs.

Loretta loved her husband and their children. She was always concerned about her friends and family. If something needed to be done, she would jump to do it. She cared about everyone and was loved by many. Spending time with her grandchildren was always a treat.

Loretta enjoyed making her own cards to send to friends and family for any occasion. She loved to travel as evidenced by her trips to Poland, England, Israel, China, Italy, Mexico, and Canada. Her garden was a joy to her. She and John spent many hours working in the garden and they enjoyed the fruits of their labor. Loretta loved spending time outdoors; whether it was hiking in the breaks or gardening in her backyard. She would sit in her old rocker every morning while the sun came up and she had her tea by the glass windows in bad weather and outside in the yard in good weather.

She was preceded in death by her parents and a nephew, Michael Trusty.