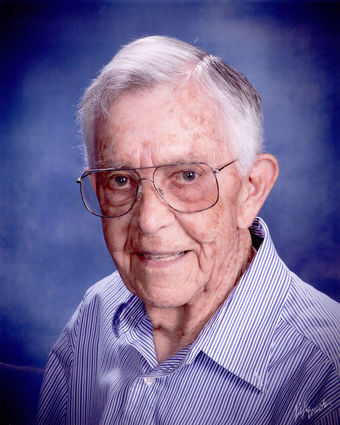 Ed was born in the Bears Paw Mountains in North Central Montana on July 28, 1922 to Pruden and Sallie Felton. His grandparents had moved from North Carolina to the area in 1889, the year Montana became a state. Edward was the youngest of seven brothers and had two younger sisters. The family moved from their ranch in the mountains to an irrigated farm near Chinook, MT in the early 1930s. Ed graduated from Chinook High School in 1940, after which he continued working on the family farm with his brother Jack and their parents until 1950. He also worked a number of other jobs in Chinook, notably at the Farmer's Union Co-op Oil Co., the first step in what was to become a long career dealing with farm cooperatives.

Edward married Mabel R. "Doll" Gallagher on Dec. 29, 1947. They lived in Chinook until 1952, where their first three children were born. He took a job that year as manager of the Farmers Union Co-op in Galata, MT, a tiny town on the plains west of Chinook. Their next two children were born there. In 1959, Ed went to work for the Farmers Union Central Exchange (later Cenex, now CHS), and the family moved to Great Falls, where their youngest son was born. As his career with Cenex progressed, Edward's family relocated to Billings, MT in 1962, and to Boise, ID in 1968. He retired in 1985, after which he and Doll traveled, attended to their growing extended family, and got deeply involved in family history, genealogy, and gardening. They were long time members of St. Mark's Catholic parish.

In lieu of flowers, memorials in Edward's name may be made to your local food bank or favorite charity.