'Beeters 2nd at District 9C Tournament, Wildcats head to District 2B as No. 2 Seed 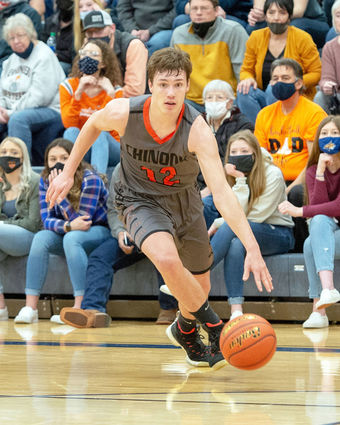 Chinook junior Toby Niederegger attacks the basket during the District 9C Championship against Fort Benton Saturday night. The 'Beeters will take the District 9C No. 2 Seed into the Northern C Divisional in Great Falls this week. They will begin play, Thursday afternoon at 1:00 p.m. against the District 10C No. 2 Seed Heart Butte Warriors.

The high school boys basketball season is coming to a chaotic close with just the Chinook Sugarbeeters and Harlem Wildcats still standing.

The District 9C tournament took place this past week and before the first game was even played COVID-19 struck the tournament. The Hays/Lodge Pole Thunderbirds made the tough decision to cancel their season after protocols were implemented.

The Thunderbird withdrawal from the tournament was felt early on and through cautious measures led to the cancellation of the semifinal contest between the Chinook Sugarbeeters and the Box Elder Bears. The Bears and...