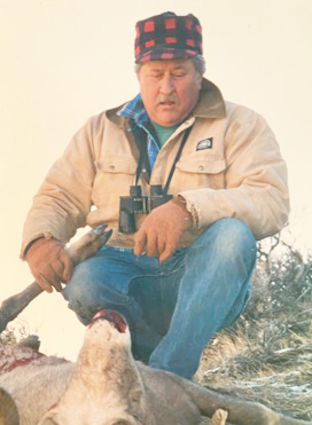 Bill passed away from natural causes on February 17, 2021. He was born October 7th, 1943 in Havre, Montana to William R. and Lydia Thompson and was the second of three children. He grew up in Chinook where he lived with his father, older sister Chuckie, and younger brother Mick.

Bill graduated from Chinook High School in the Spring of 1961. Immediately upon graduating, Bill married the love of his life, Elaine Bleha, on June the 2nd 1961. Soon thereafter he and Elaine had twin daughters Cheryl and Cathy. In the fall of 1961, Bill attended Northern Montana College in Havre on a football scholarship. While attending college, Bill worked in construction with his father in Chinook. In 1963, Elaine gave birth to their third daughter, Susan.

The family returned to Montana in order to help with the family ranch in 1971. During this time, they lived in Chinook where Bill worked as a General Contractor and owned and operated Thompson Valley Lumber.

During the mid eighties, Bill and Elaine took over the family farming and ranching operation full time on Lone Tree Bench where they lived and worked until 2003. Upon retirement, they returned to Chinook where they spent the remainder of their days. Bill was a jack of all trades and a master of several. Among his many passions were hunting, fishing, and woodworking. Bill served for a time as the President of the Chinook Rod and Gun Club. Bill was fond of his many dogs over the years and enjoyed their company while taking them on his frequent drives throughout Blaine County.

Bill was preceded in death by his father William, mother Lydia, and wife Elaine. He is survived by daughters Cathy, Cheryl, and Sue, grandchildren Jessica Lux Zagata (Zach), Weslee Rockman, and Renee Nelson, great-grandchildren Jaxon and Aubree Zagata, sister Chuckie Cramer (Marc), brother Mick Thompson (Linda), and his many friends and extended family. Bill will be greatly missed by all. Bill's ashes will be interred at Alice Nash Cemetery on Lone Tree Bench on Saturday, June 5th, 2021. This will be a joint celebration of life for both Bill and Elaine. There will be a graveside service followed by a picnic and sharing of memories. In lieu of flowers or memorials, please make donations to the Blaine County Cemetery Board for Alice Nash Cemetery.