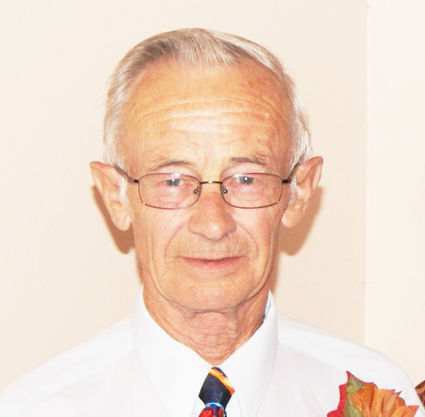 Clarence Melvin Beck, 82, passed away peacefully on March 10, 2021 at his home after a short battle with cancer. He was surrounded by his family.

Clarence was born August 6, 1938, in Havre, Montana to Albert and Cora (Williams) Beck, joining older brother Marvin. Clarence grew up on the family farm outside of Hogeland, Montana, spending the springs and summers on the farm and the winters in town. Clarence attended the Hogeland School, graduating in 1956 then attended Northern Montana College for two years before joining the Air Guard.

Clarence was an active community volunteer spending 21 years as a volunteer firefighter, an active member of Grace Lutheran Church and Thrivent and volunteered for Relay for Life doing luminarias. He was a member of the Worland Elks Lodge #1908 where he organized the distribution of dual-language dictionaries. He was honored to be nominated the 2015 Community Angel. Examples of his service include helping the Worland Senior Center with Meals on Wheels. Anytime someone needed help he was there asking "What can I do?"

Clarence was always there for his family, a dedicated father, grandfather, and great-grandfather. He enjoyed cheering on his grandchildren at their sporting events. He was an avid bowler for many years on Tuesday and Wednesday night men's league as well as bowling on a mixed league with his beloved Sandi and close friends, Larry and Gloria McGonigal.

Memorial services were held 10:30 am, Saturday, March 20, 2021 at the Grace Lutheran Church with Pastor Tim Trippel officiating. Inurnment followed at Riverview Memorial Gardens Cemetery. Donations may be made to the Clarence Beck Memorial Fund to be dispersed at a later date. Online condolences may be made at http://www.bryantfuneralhomeonline.com.