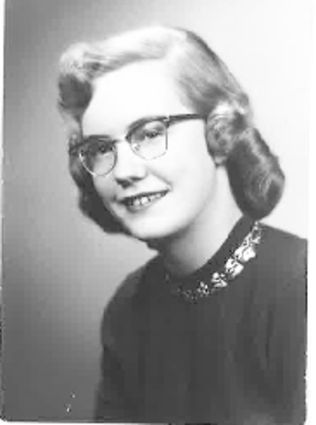 Sara Lee King was born October 13, 1936, in Milwaukee, WI. She was the 7th of 9 children born to Willard and Henrietta King. Most of her childhood was spent in northern Wisconsin of which she would frequently tell stories. Her Senior year of high school, though, the family moved back down to Milwaukee so Sara did not get to graduate with all of her friends in Superior, WI in 1954. Following graduation she traveled to Montana where she attended Northern Montana College and obtained her two-year teaching certificate. She fell in love with a farmer/rancher named Westley Baird and they married in 1956. Sara enjoyed teaching at North Fork School in Paradise Valley until they started a family in 1958. Sara stayed home to raise her six children, but she always wanted to return and get her Bachelor's degree. She attended classes here and there, night courses, summer workshops, etc. and finally achieved her B.S. in Education with an art minor in 1987. She substituted for many years for Chinook Public Schools before, during, and after her education. She especially loved being in the art classroom.

The consummate artist, Sara dabbled in several mediums but was overly critical of her own work no matter how great we all thought it was. Her passion for the arts was evident mostly through music. She started at a young age with a few violin lessons, but ended up learning both piano and accordion. The Baird family gatherings always had music and mom was a huge part of that. She would sing sometimes instead of play so the next generation would learn the words. Always too nervous to perform in public, she finally overcame when she was invited to join the Kitchen Band at the Senior Center. She really enjoyed being a part of that group and sharing music with everyone. Also, she was involved in numerous groups within the community over the years: Director of United Methodist Players, Genealogy Club, TOPS, Quilt Guild.

Another love of Sara's was books and movies. She loved the adventures of faraway places such as Africa or Australia, time travel, and Scottish/English historical fiction. She was always up for a discussion with her sisters or daughters about the latest she'd read or movies she'd seen. We spent hours talking about actors/actresses, authors, titles and plots. She shared stories frequently from her past experiences with her siblings going to the theatre back home (especially Vernon). Eventually, mom got to live out some of those adventures with trips to the British Isles and Europe with her brothers and sisters as well as her children. She loved the castles of Scotland in particular and getting to see the beautiful artwork and architecture in Europe.

Sara Baird was one to quietly work behind the scenes. She generally had an opinion and a bit of a stubborn streak in her, but most of all, she was a woman who loved her family deeply and thrived in "doing for" her family and friends. Every weekend run to the ranch would include a visit to friends that "might not have made it to town, in a while" She enjoyed fulfilling this neighborly duty. 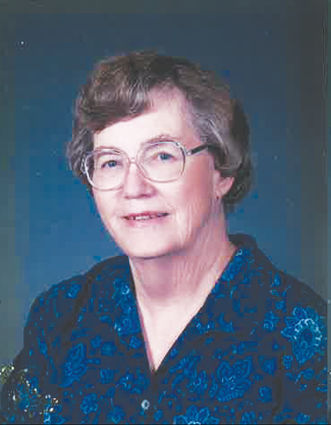 Sara was preceded in death by her parents, her husband, Wes, 4 brothers (Jasper, Carroll, Vernon, Roger), 2 sisters (Florence Rose and Elsie Call) and her grandson, Levi W. Baird. She is survived by her brother Bruce King of Hamilton, sister Judith Baruth of Bonners Ferry, ID, her six children: Jess (Tara), Loren (Heather), Douglas (Holly) all of Chinook, Dana (Annette) of Helena, Melissa Jaquette (Bill) of Post Falls, ID, and Shanna Flores (Briayan) of Havre. She also is survived by 19 grandchildren, 12 great grandchildren with one on the way, and an entire clan of cousins, nieces, and nephews. The family plans to have a Celebration of Life in late spring. Memorials may be made to the Chinook United Methodist Church.