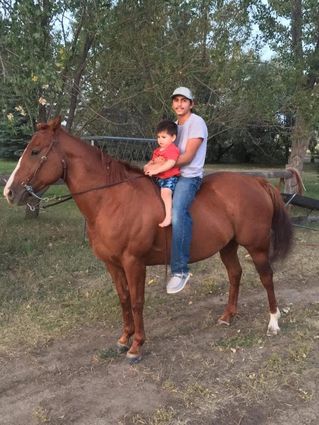 Jonah was born August 11, 2000, in Havre, MT. He attended Harlem Public School in Harlem, MT, and Senior High in Billings, MT. At age 16, when he learned he was going to be a dad, he made the decision to drop out of high school and take his test which he received a few months later. He then went to work for Insulation Snakes in Billings and got a house of his own for his new family.

Jonah was a natural athlete and good at everything he did. He was an accomplished wrestler from the time he was 6 years old, coached by Lyle Faulkinberry at Harlem High School.

He felt his greatest accomplishment was rodeo, especially bull riding. He competed in Indian National Final Rodeo in 2015. At age 15, he got his INFR card and told his mother he was going to make it to Las Vegas, which he did that year for bull riding. Once he set a goal for himself, he always made sure it happened one way or another.

In addition to bull riding, he enjoyed cowboying, hanging out with his friends, and amateur boxing with his younger brother Richard. When he was 15, he said "Heck mom, I don't know what I want to be when I grow up, an astrophysicist or a bull rider." His greatest love in his life was his son Racyn