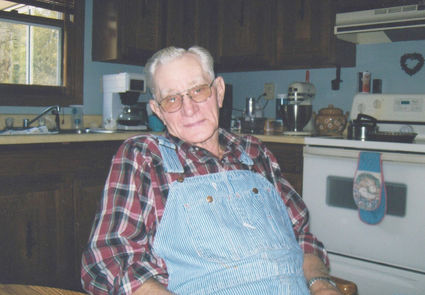 On February 22, 1929, in Turner, Montana, Gordon George Carter was born to Albert and Minnie Statelen-Carter. From first to eighth grade, Gordon attended country school before joining the Hillcrest Lutheran Bible Academy in Fergus Falls, Minnesota. During high school, Gordon met his wife Ruth Ann Paulson of Platte, South Dakota, but it was not until Ruth went to visit her sister and brother-in-law, Jean and Ray Thompson, that the two began seeing each other regularly. After their marriage on May 9, 1949, Gordon and Ruth established a farm in Turner, Montana, and welcomed three children: Eleanor Lee on January 21, 1950, and a set of twins, Terry Lynn and Larry Gordon, on August 5, 1953. Moving their family west to the Polson, Montana, area, Gordon and Ruth completed the family with the birth of their fourth child, Lisa Faye, on February 2, 1963. Gordon, Ruth, and the children returned to Turner, Montana for a few years before moving to Clearbrook, Minnesota. During their time in Clearbrook, Gordon and his sons Terry and Larry took on jobs as master mechanics on the Alaskan pipeline from 1975-77. Their next adventure led to purchasing a mobile home park in Chadron, Nebraska, in 1992. Having sold the mobile home park, Gordon and Ruth bought a motel in Buffalo, Oklahoma, and then retired in Chamberlain, South Dakota. Despite his countless changes of residence, Gordon was an accomplished mechanic, welder, and farmer; he took pride in growing crops, raising cattle, and rebuilding engines. Gordon's love of agriculture, livestock, and machinery was shared with many of his family members.

With his son, Larry, and wife, Ruth, passing away in November 1997 and April 2010, respectively, Gordon retired to Gregory County to be closer to his daughter, Lisa. On March 31, 2021, Gordon, age 92, passed away in Burke, South Dakota. Gordon was preceded in death by his parents, Albert and Minnie Statelen-Carter; his wife, Ruth Paulson-Carter; his son, Larry Carter; his daughter-in-law, Molly Muckala-Carter; and several other aunts, uncles, and cousins.

Private graveside services for Gordon George Carter will be held at the Trinity Lutheran Cemetery west of Platte, South Dakota, on May 1, 2021, at 2 P.M.