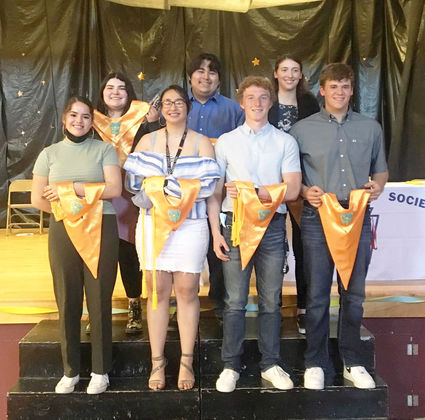 In a candlelight ceremony on Tuesday night, April 27, nine sophomore students at Harlem High School were inducted into the Harlem Chapter of the National Honor Society (NHS). In addition, the senior members of the group were honored for their years of service.

According to their advisor Crystal Doney, the new NHS inductees displayed evidence of leadership, service, character, and scholarship by maintaining a 3.25 or above grade point average.

Along with inducting the sophomores, the Harlem Chapter honored their seniors by presenting them with the stoles and honor cords that they will wear...