Chinook, Harlem Netters Headed to State B/C in Missoula This Week 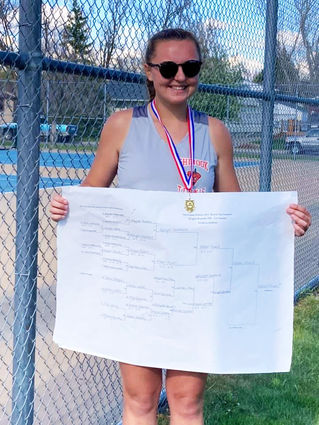 The Chinook Sugarbeeters and Harlem Wildcats joined the Chester/Joplin-Inverness Hi-line Hawks in Havre this past weekend at the Northern B/C Divisional Tennis meet. The 'Beeters qualified five athletes for the State B/C Tennis Tournament in Missoula this week while the Wildcats will send three. The Sugarbeeters won the Northern B/C Divisional with 36 points. The Chester/Joplin-Inverness Hi-line Hawks were second with 31 points while the Harlem Wildcats were third with 13 points.

Chinook junior Allison Powell was impressive at the Northern B/C claiming the Singles title without dropping a s...