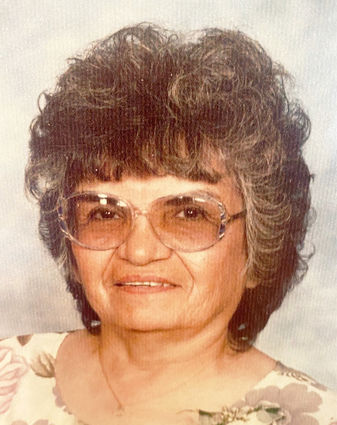 Thelma H. Head was born on October 6, 1931 the first of twelve to Violet and Leo Longfox. She passed away peacefully surrounded by family on May 19, 2021 at the Glacier Care Center in Cut Bank MT.

Thelma attended school in Lodge Pole through the eight grade. She then attended high school in South Dakota and would come home during the summers. After graduating, Thelma attended nursing school and trained at Sacred Heart Hospital in Havre MT. She eventually went on to graduate and pass her state boards being a licensed nurse in seven states. Thelma traveled for a few years before she moved to raise her five children in Great Falls, MT. Thelma retired after 46 years and moved to Oilmont, MT to be closer to her kids.

Thelma was very much loved by her family. She loved going back home to Lodge Pole during the summers and bringing her grandkids to pick Juneberries and learn the culture. Thelma had a very strong heart and an even more beautiful soul. She worked hard for herself, but even harder for the family that surrounded her.

She is preceded in death by her sons, Little Leo, Merle and Alfred; Grandchildren Leona, Jeremiah, and Great Grandchild Lane Micheal. Funeral Arrangements were entrusted to Wilderness Funeral Homes of Chinook.