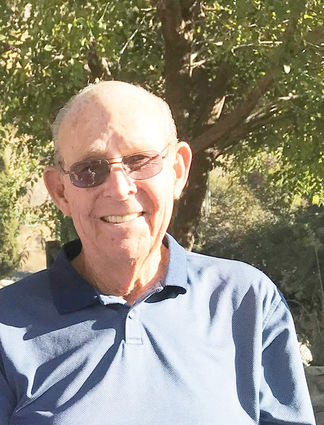 David Charles Ivey was born February 24, 1935 to Charles and Cornelia Ivey in Havre Montana. Heaven gained an Angel on May 19, 2021 in Palm Springs California after a long and hard fight that began with Covid19.

He grew up in Chinook Montana and graduated in 1953. He joined the U.S. Navy in 1953 and served four years. He also served in the Montana National Guard and Army Reserves. Dave married Betty Jo Solem on June 7, 1958 in Havre. The couple then relocated to Denver, CO where Dave attended Denver University and graduated with a business degree in 1960.

After graduating the couple relocated to Billings MT where Dave was employed in banking and the car business. During this time, they welcomed 2 children-Dara Lynn and Steven Charles. In 1972 David moved his family to Kalispell MT where he entered into a partnership and became an owner of Wild West Toyota. He later sold his partnership and went to work at the Columbia Falls Aluminum Company.

Dave had many interests and hobbies that included golf, amateur radio, reading and music. His love for music included many years of involvement with the Flathead Valleyaires and the Glacier Chorale with his beautiful bass voice.

Dave loved to swim and could often be found diving off the bridge in downtown Bigfork or swimming in the Swan River and Bigfork Bay. Upon retiring Dave and Betty Jo spent many years snow birding in Palm Springs CA and summers between Kalispell and Bigfork.

Dave was preceded in death by his parents Charles and Cornelia Ivey, his brother Del Ivey and sister Laurel Thompson.

No services are planned at this time.

We will miss you but are comforted by knowing that we will one day be reunited.