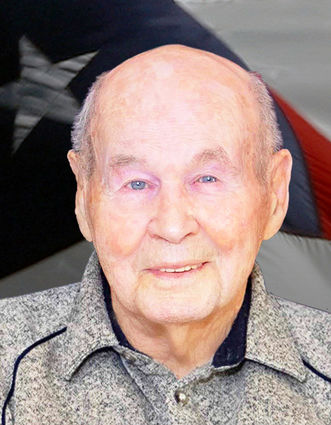 John attended the Entz, Pioneer and Chinook Blaine County Grade Schools and graduated from Chinook High School in 1943. Upon graduation from High School, he served his country in the Navy during World War II. He was deployed in the Pacific Theater on the USS General M.M. Patrick (AP 150) until honorably discharged in 1946.

Returning from the Armed Services John became a member of the Montana National Guard as Administrative, Supply and Maintenance Technician and served as First Sergeant in Heavy Tank Co, 163nd Infantry, Montana National Guard located in Chinook, Montana. He retired 28 years with the National Guards. He was employed by the Montana Fish and Game Department for ten years. He moved his family to Cody, Wyoming in 1966, becoming a licensed building contractor, retiring in 1985. John and Harriet resided on the Double L Bar Ranch for 34 years enjoying gardening and grandchildren. John passed on his passion for baseball to his grandchildren and loved watching them play the sports of Baseball, Ice Hockey, Track and Field and Tai Kwon Do.

He was preceded in death by his parents Noble and Jennie Shockley, Sisters Laura May Shockley, Grace Morrison and Marilyn Allen. He is survived by his wife Harriet and five daughters, Jeanne, Judy Janet Jill and Joan and brothers Robert Bob (Pat) Shockley and Richard Butch (Alice) Shockley and many loved nieces and nephews.

John and Harriet were married 74 years and have five daughters, nine grandchildren, ten great- grandchildren and one great-great grandchild. The family was always at the center of his heart.

Funeral services with Military Honors will be held at the Church of the Nazarene, 808 Stampede Drive, Cody, Wyoming at 11:00 A.M. on June 12, 2021 followed by a reception. Condolences can be sent on John's page at http://www.BallardFH.com.