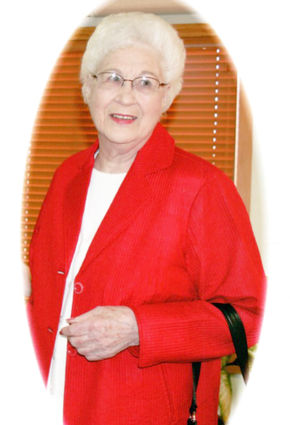 Born on January 17, 1925 in Ammon, Idaho, Fontella was the tenth child of Gottlieb and Dora May (Hiatt) Blatter. She was three-years-old when her father moved the family to a farm just east of Chinook.

Fonnie (as she was called by her family and friends) and her siblings attended school in Chinook. She was young when she met the love of her life - Wesley Carlile Maddox. On February 4, 1942 they were joined together in the Temple in Cardston, Alberta, Canada. They lived and worked on the Maddox family farm east of Chinook, and that is where they raised their family.

Fonnie fully embraced her roles as wife, mother and homemaker. She enjoyed raising a garden and canning the produce to be enjoyed throughout the year. She loved and enjoyed flowers, whether they were growing in her flowerbeds or given to her in bouquets.

Being very adept at crocheting, Fonnie created countless afghans and edges around receiving blankets and pillow cases. She also loved quilting and would spend many hours hand stitching around the patterns on the quilts she created.

A life-long member of the Church of Jesus Christ of Latter Day Saints, Fonnie served faithfully in a variety of capacities. She proudly accompanied Wes while he served as President of the Chinook Branch.

Fonnie and Wes were often called upon to sing at all sorts of events and gatherings because their voices harmonized so well. Their favorite song, and the one most often requested, was "Precious Memories."