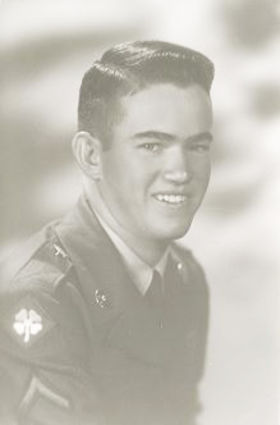 Walter Thomas Funk passed away June 14, 2021 with his family at his side. He was born Feb 4, 1932 in Sedalia, CO and moved to Harlem with his Dad and sister Evelyn. He then attended school in Harlem and joined the service in 1952 serving in Okinawa, Japan during the Korean conflict for 3 years. He was honorably discharged in 1954. He then worked for BN Railroad. He married the love of his life Amelia Conner in 1956. They then welcomed 5 daughters— his “favorite farm hands”.

He farmed with his family south of Harlem on the homestead belovedly known as the “The Dryfarm”.

Although farming was his life - - his greatest joy was his family.

The family requests, in lieu of flowers, donations can be made to the Harlem VFW of which he was a proud member of.

A memorial service will be held June 26th, at 11 AM at Kuper Memorial Cemetery in Chinook, MT.

“Grampa, of all the amazing things that you have done in your life, your family is the most amazing thing of all — we’ll see you again”.

Donations can be sent to P.O. Box 669 Harlem, MT, 59526.” after the sentence “The family requests, in lieu of flowers, donations can be made to the Harlem VFW of which he was a proud member.