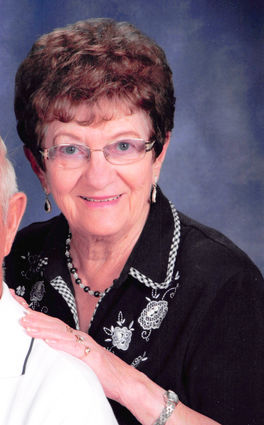 Myrtle G. Schubert, 89, passed away at her residence on Friday, June 18, 2021, due to natural causes. Cremation has taken place, and memorial services will be held at 1:00 p.m. on Thursday, July 8, 2021, at Messiah Lutheran Church with Pastor Sean Janssen officiating. Burial will follow in Highland Cemetery. Myrtle's family has suggested memorial donations be made in her memory to Messiah Lutheran Church, Friends of Beaver Creek Park, or the charity of the donor's choice. Holland & Bonine Funeral Home has been entrusted with services and arrangements. Please visit Myrtle's online memorial page and leave a message of condolence for her family at http://www.hollandbonine.com.

Myrtle was born on November 3, 1931, in Sabin, Minnesota to Lester and Grace (Berndt) Birr. She was raised in Sabin, losing her father at the tender age of two years old. When she was five, her mother married George Elliot, and soon after, the family moved to North Dakota, and then on to Havre. They moved to Whitehall in 1948 where Myrtle attended school until her graduation in 1949. She began working for Citizen's Bank as a teller. In January of 1952, Myrtle married Ron Schubert, the love of her life, which was the first wedding held at First Lutheran Church. The couple made their home in Chinook for several years before moving to Havre in 1960. There, they raised their children and Myrtle performed the bookkeeping duties for Schubert Brothers Construction, working alongside her husband for many of the sixty-nine years they were married.

Myrtle was a kind, giving woman who enjoyed bowling, cooking, baking, camping, and playing the guitar, especially around a campfire. Car trips with family and friends were a special treat, and she and Ron spent many summers fishing at Duck Lake along with family and friends. Later in life, Myrtle and Ron spent their winters in Yuma, Arizona, with those they were close to. She and Ron were charter members of Messiah Lutheran Church, and Myrtle was very active in the church and with her Circle. She was a Cub Scout Den Mother while her sons were growing up, and she was a longtime member of the Eagles Auxiliary. She always put others first, and never stopped giving or making special things for those she loved. Myrtle loved her family, and she adored her grandchildren and later, her great-grandchildren.

She was preceded in death by her parents, Lester Birr and George and Grace Elliot, and aunt Glady (Maurice) Martin.