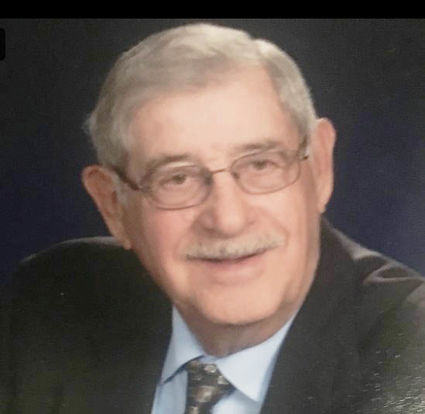 Ted married Mary Ann (Woeppel) on July 22, 1950 at St. Thomas Aquinas Catholic Church in Hogeland. In 1951, during the Korean war, he enlisted into the Air Force. In 1956, Ted and Mary Ann moved to the family farm that his grandparents homesteaded in 1914. During the winter months he attended NMC. In 1958 he worked at Eddie's Bakery in Great Falls during the winter while farming during the summer. He did this for 4 years. In the early 1960's he received the contract for the rural postal route for Hogeland.

Ted and Mary Ann purchased a farm in Frontier, Sask. Canada in 1974. Shortly after that he got his private pilots license and bought a plane. Ted loved to fly over the crops and the countryside, he stopped flying at the age 80.

Ted's love for his family, the farm, and his strong faith was an inspiration to his loved ones. He lived his life with high values and morals.

He belonged to many organizations: American Legion, Hogeland-Turner Lions Club, Knights of Columbus, and was an active member of St. Thomas Aquinas Catholic Church and Holy Spirit Catholic Church in Great Falls.

He served as a board of director for: Equity Co-op, Security State Bank and the Big Flat Electric Co-op.

In 2011, Ted and Mary Ann purchased a home in Great Falls, MT for the winter months but always went back to the farm for the farming season.

The family asks that memorials be made to St. Thomas Aquinas Catholic Church, Holy Spirit Catholic Church or your personal choice in lieu of flowers.