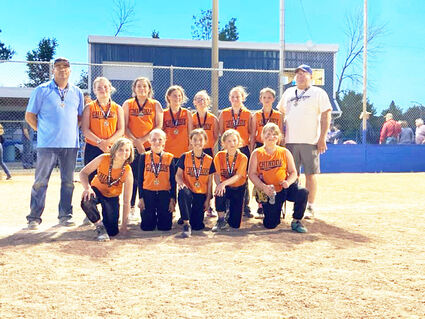 The Chinook Girls were the Champions of the Havre 'B' League Fast-pitch Softball Tournament. They put together an undefeated season capping it off with a come from behind 5-4 win in the Championship game over Triple Dog Thursday, June 24 in Havre.

The Chinook B League Girls Fast-Pitch Softball team concluded a perfect season with a bases loaded walk-off walk in eighth inning of the Championship Game on Thursday, June 24.

Chinook won the title contest 5-4. Originally, the Championship was supposed to be a double elimination format. The undefeated Chinook girls had earned a victory over Triple Dog earlier in the Tournament and had the advantage. However prior to the start of the game Triple Dog had made the request to play a single long game instead.

After falling behind early on, the resilient Chinook girls stuck together and battled...