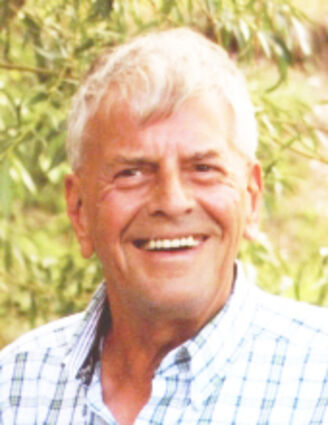 Richard "Dick" Jergesen, 78, passed away Tuesday, July 6, 2021 of natural causes at home in his favorite recliner with Mary Satterfield at his side.

Dick was born May 15, 1943 in Bremerton, WA, son of Pete and Pauline (Kuper) Jergesen. He was raised in Harlem, MT, where he started his family. In 1979, he moved to Lewistown to fulfill his dream of owning his own business. It was there he met Mary Satterfield, his partner in life.

Dick's passion was family, closely followed by impeccable yard work. After years of hard work in sales, he obtained his dream property in which he created a park to enjoy quality time with his grandkids and great-grandkids.

He was preceded in death by his daughter Michelle Jergesen; parents Pete and Pauline (Kuper) Jergesen; and sister Janet Mayer.

Visitation was held Friday, July 9th, 5:00 to 7:00 p.m. with the Rosary prayed at 7:00 p.m. at the Creel Funeral Home Chapel. Mass was celebrated on Saturday, July 10th, 10:00 a.m. at St. Leo's Catholic Church with Rite of Committal following at Mount Calvary Cemetery.