After a week off, Harlem and Chinook Swim Teams Return to the Pool 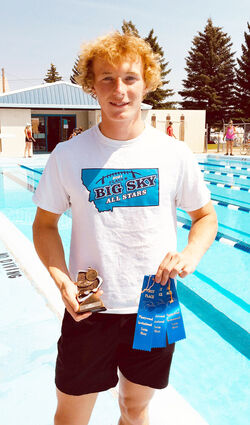 After taking a week off to celebrate Independence Day and spend the Fourth of July weekend with family and friends, the Chinook Lions ans Harlem Swim Teams were back in the pool this past weekend. Swimmers had the option to head east and swim in Plentywood or go west to compete in Fort Benton with most choosing the latter.

The Montana Federation of Swimmers summer season is quickly winding down with just three meets left on the schedule.

The lone swimmer traveling east was Harlem's Andrew Rasmussen. In returning to the pool where he won his first High Point Trophy, the senior swimmer left w...