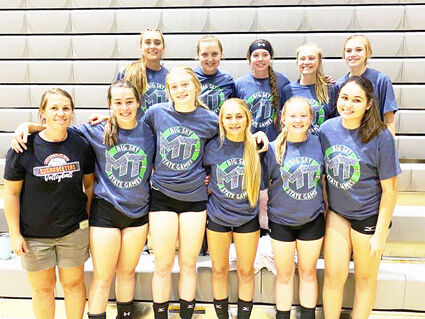 The Chinook Sugarbeeter Volleyball team came together to form a single team with the availability to compete at the Big Sky State Games in Billings this past weekend.

Because of the age disparity they had to compete in the 11-12 grade division that included 10 other teams, including Class AA and Class A. The girls then asked 'Beeter Volleyball Coach Tess Langford to coach them.

In Pool play, along side Billings West, Colstrip and Butte the girls played well, falling by just a few points in each contest. In Power Pool play they opened with Billings Senior going 1-1 before an ankle injury sl...