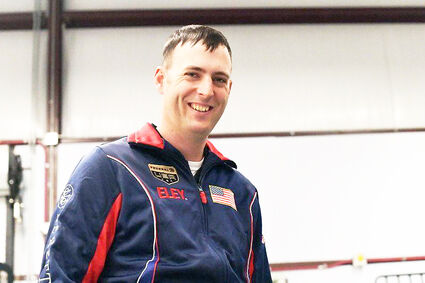 Staff Sergent Nickolaus Mowrer set to represent the United States at the Tokyo Olympics later this month. Mowrer, is from Butte, Montana and has several ties to the Harlem community. He will compete in both the 10m Air Pistol and 50m Rifle at the Olympics, the first American to ever qualify in both events.

So few people have the honor of representing the United States on the world stage. Even fewer have the opportunity to do so on the grandest stage of them all, the Olympics. Butte, Montana native Staff Sergent Nickolaus Mowrer will do just that at the Tokyo Olympics, scheduled for July 23 through August 8.

Mowrer isn't just representing Butte, Montana or the United States. The seven time National Record holder has strong ties to the community of Harlem. Yolanda Johnson, Kay Schmitt and Gary Russell are his cousins and he is the nephew of Bonnie Russell and the family couldn't be more excited...