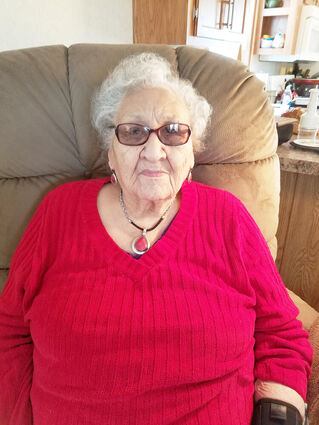 Erma worked in Chinook, MT before moving to Butte, MT, where she met and married Benjamin George "Benny" Bear, Sr. They lived in various places including Butte, Missoula, Dillon, and Virginia City, as he worked in the mines, and she worked different jobs. They moved to Fort Belknap in 1956 where they farmed and ranched in the valley for many years. After Benny died in 1972, Erma moved to Harlem.

Erma completed her CHR training in Tuscan, AZ, then worked in the Fort Belknap community for many years.

After that, she attended the Montana Law Enforcement Academy in Bozeman, MT and graduated on August 15, 1980. She was proud to be the first female officer on the Fort Belknap police force.

Erma moved to Moses Lake, WA for some time, but, eventually, returned to the Harlem/Fort Belknap area, where she lived out the rest of her life.

Erma enjoyed many hobbies including gardening, knitting, crocheting, embroidering, and sewing, but spending time with her family was the most important part of her life.