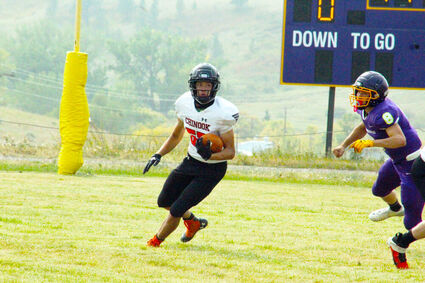 Senior Toby Niederegger and senior Drake Berreth look to play a big roll in the success of the Chinook Sugarbeeter football team this fall as they compete in the tough Northern C.

The Chinook Sugarbeeters had a solid season a year ago, but four losses late in the game by a combined eight points has this years squad highly motivated.

The 'Beeters were active in the weight room open practices in June as well as having an outstanding camp in Bozeman at the Montana State University Bobcat Team Camp. Chinook got to mix it up with some strong Eight-player teams including Joliet and Simms, performing very well against both teams.

Mike Jones will again lead the Sugarbeeter football team. This fall Jones has 26 kids out including five seniors, six juniors, five sophomores and...