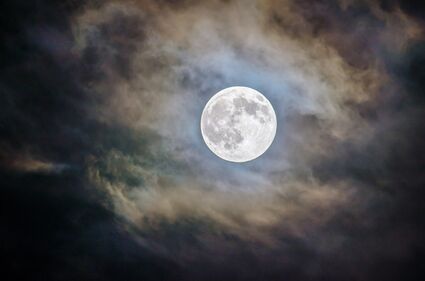 Although "once in a blue moon" is an idiom that refers to something extremely rare in occurrence, that poetic phrase doesn't really make scientific sense. After all, blue moons are not so rare. The full moon that rose on August 22, brought sky watchers a seasonal illumination that occurs about once every two to three years.

However, the devil may be in the details since the term "blue moon" actually has two definitions, according to NASA. In the first, the second full moon that occurs within a calendar month (because each month typically only has one full moon) is called a blue moon. In...