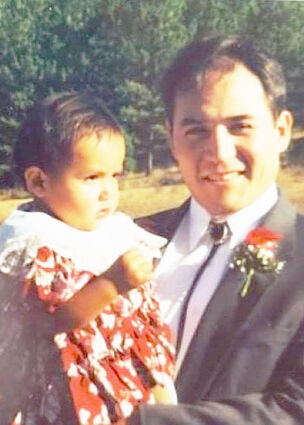 Gregory Morris Powderface, Not-tzi-nit-da "White horn" died of natural causes on August 21, 2021. He was born to Ivin Lee Powderface and Marilyn Julia Gone in Missoula, MT on May 24th, 1968. He attended elementary and middle school in Bozeman, Harlem, and Ellendale, ND. He attended all his high school years and graduated from Havre High School as the senior class president. Greg attended the University of Chicago immediately after High School for two years, while at Chicago, Greg was so very honored to have been a student of American economist Robert Emerson Lucas Jr. who received the Nobel prize of economics in 1995. Robert was also known as "the most influential macroeconomist of the last quarter of the 20th century" and is ranked as the 11th most cited economist in the world. Greg applied for Penn State, Browns College, and Stanford Business School, where he got accepted to all three. Greg decided to transfer to Stanford Business School in California where he earned both his undergrad degree in Economics and his Master's in Business. Greg won numerous awards and scholarships during his educational journey, one essay contest he won earned him the opportunity to stay in a multimillion dollar beach house for three weeks. Greg completed internships at Wall Street in NYC, Temple University in Philadelphia, and Universal Studios in Los Angeles where Greg got to work in Advertising and Marketing for the movie Shawshank Redemption, during his time there he also got to meet all of the actors, including Morgan Freeman. One of Greg's first jobs was in Reno, NV where he worked at Harrah's Casino, where he was hired as an entry-level position and worked his way up to a management position. Greg went on to work as a Vice-President at an investment firm in San Francisco, CA. Moving to Phoenix, AZ he became a Merger Acquisition Specialist with Vital for 5 years. In 2002, Greg completed two marathons while he was living in San Diego that benefited the leukemia and lymphoma society. Greg's hobbies included golfing, playing poker, watching politics, and spending time with his daughter Cory. Greg's unexpected health issues had a big impact on his life, which brought him back to Fort Belknap.