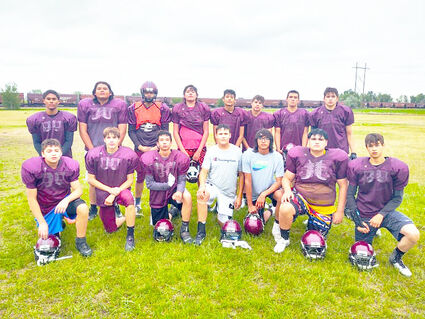 The Wildcats have been reclassified from the Northern B to Class C Eight-Player Football. They compete in Pool B of the Northern C. This past Saturday they played their very first game in the new division, picking up a wild 60-52 win over the Lodge Pole Indians.

The Harlem Wildcats were able to find an opponent at the last moment and began their first Eight-player season this past Saturday at home versus the Lodge Grass Indians. In a high scoring affair it was the Wildcats that had the last laugh as they won a thriller 60-52 to start 1-0.

First year Head Coach Ken Bigby is excited about what is going on with Harlem Wildcat Football this year. Bigby is happy to mentor this years squad as they make the transition from Class B to Class C Eight-player football.

The team began practicing on Friday, August 13 and have been working hard to get ready for t...