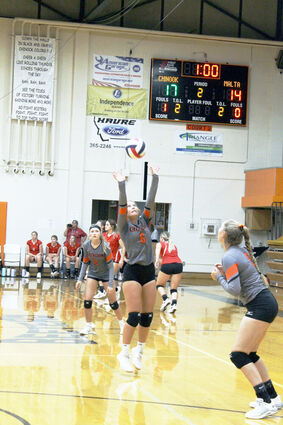 The Chinook Sugarbeeters were at it again on the court serving up fans with another successful week. Friday night the Sugarbeeters headed to Gildford to take on the rival North Star Knights in a big early season District 7C Conference clash. The Sugarbeeters started fast, winning the first two sets before holding on to claim a 3-2 win in a five set thriller.

Saturday, the girls were back home in the friendly confines of the Floyd Bowen Gymnasium as they hosted the Annual Chinook Invitational Volleyball Tournament. The tournament featured Pool play in the morning and a single elimination tou...