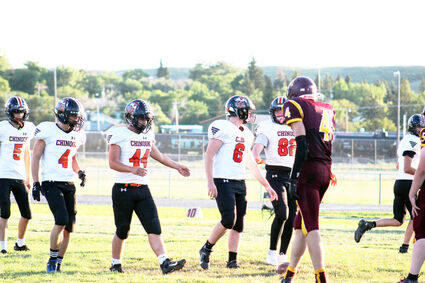 The Chinook Sugarbeeters have looked very impressive the first two weeks of the High School Class C Eight-player Football season. After knocking off Park City at home in week one, the 'Beeters headed to Shelby Friday night to take on the Coyotes in a huge conference clash.

It may be just the first conference game of the season for either team, but it will surely have an impact on potential post season seeding. The two teams were picked as the co-favorites to finish on top of the 'B' Subdivision of the Northern C.

The Sugarbeeters took the field and dominated, scoring on the opening possessi...