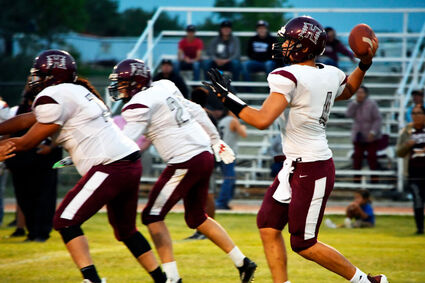 The Harlem Wildcats transition to Class C Eight-player football this fall has been a difficult one to say the least. After beginning the season with a high scoring 60-54 win over the Lodge Grass Indians the Wildcats have been on the wrong side of three lopsided scores.

The Wildcats have been outscored 176-12 in three Northern C B Subdivision losses to Chester/Joplin-Inverness, Chinook and this past weekend to the Shelby Coyotes.

The Coyotes scored 40 first quarter points and another 20 in the third quarter in their 68-6 win over Harlem.

The Wildcat players have fought through the adversity...