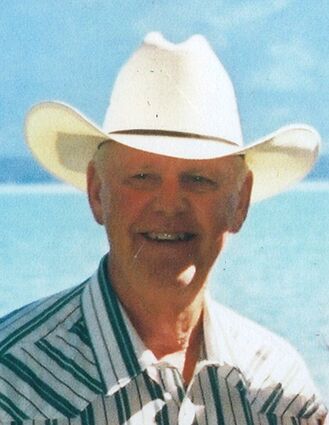 Cliff was born on September 15th, 1941 to Clifford and Pearl Rustad in Havre, MT. Cliff's father passed away when he was only six years old. He was raised on the family ranch north of Malta by his mother and stepfather, Paul Kropp. Cliff attended school in Malta, where he met the love of his life, Judy Anderson in 1951. He graduated from Malta High School in 1959. On October 10th, 1959, Cliff married his best friend and life partner, Judy. They made their home on the Kropp family ranch north of Malta. To this union two daughters were born, June and Laurie. They lived and worked on the family ranch until it sold in 1968, after which they moved to town. Cliff worked for the county, moving into law enforcement until he found his true passion and talent in auctioneering. In 1969, Cliff and Judy started Hi-Line Auction, which they owned and operated until his death.

Over the years Cliff did numerous benefit auctions all over the state, whenever and wherever he was needed. He enjoyed donating his time and helping to raise money for so many great causes. Some of the many organizations Cliff donated his time and talents to were 4H and FFA for 50+ years. He started the Health Care Fundraiser for the Phillips County Hospital. He did auctions for Ducks Unlimited, Walleyes Unlimited, Phillips County MotorSports, and many, many more. Cliff played a major part in building the Trafton Park Arena and was responsible for bringing top notch rodeos to Phillips County.

Throughout Cliff's life he had many things that he enjoyed doing. His distinctive and deep voice was not only used for auctioneering, but Cliff also had a love for music. He was a talented singer and loved entertaining friends and family, singing old time country music and strumming his guitar. He enjoyed attending the Milk River Wagon Train and anything that involved horses. Cliff always looked forward to attending the Agribition in Canada. He loved spending time at their place on Flathead Lake, never missing a 4th of July there spent with family and friends. Cliff enjoyed watching numerous family members in their sporting events over the years. He loved spending time with his grandchildren and great-grandchildren, family and friends, sharing stories of "remember when". Cliff and Judy traveled all over, making lifelong friends wherever they went.