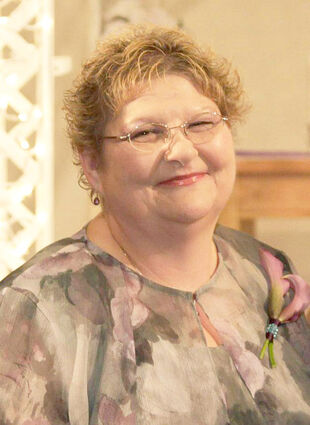 Paula L. Powell, 59, passed away due to natural causes at Benefis Healthcare on Friday, October 22, 2021. Funeral services will be at 1:00 p.m. on Monday, November 1, 2021, at Blaine County Funeral Chapel with Pastor Joshua Woods officiating. Burial will follow in Kuper Memorial Cemetery. Paula's family has suggested memorial donations be made in her memory to the Nazarene Compassionate Ministries or to the donor's choice. Holland & Bonine Funeral Home has been entrusted with services and arrangements. Please visit Paula's online memorial page and leave a message of condolence for her family at http://www.hollandbonine.com.

Paula was born on March 2, 1962, in Shell Lake, Wisconsin, to Paul and Loretta (Banks) Stone. She was raised in Spooner, WI and on the road, as her family were evangelists for the Church of the Nazarene, and they traveled extensively while Paula was growing up. Following her high school graduation, Paula attended the Nazarene Bible College, where she met John Powell. The couple married on February 23, 1980, in Spooner, and then moved to Chinook, Montana, where John had grown up. John provided coverage for the Pastor in Lewistown for a while, then was called to be the Pastor in Worden, before returning to Chinook in the mid-80's where he pastored the Nazarene Church in Chinook and Havre. Paula was a true helpmate to John, caring for their home and children ... and selling Tupperware. She became a beauty consultant for Mary Kay Cosmetics in the early 2000's and continued helping women find their true beauty until her death.

Paula was a loving woman, who always put others first. She enjoyed crafting and crocheting; and she was known for her egg salad, beautiful cakes, and her "angeled eggs". She loved her pets, especially Snookie, her cat. More than anything, Paula loved the Lord. She served Him in any way she could, teaching Sunday School since she was a young girl, working with the church youth, especially preparing them for Quiz Matches, and assisting the youth with fundraisers; and she was very supportive of John in his role as a Pastor. A part of her church life that Paula loved was her role as Missionary President and holding monthly missionary meetings.

She was preceded in death by her father, Paul Stone, and brother, Harold Stone.