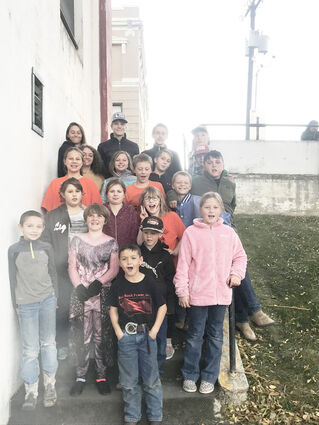 President Emma Klingaman, called the meeting to order at 5:30 pm on October 28th, 2021 at the Triple E Room. There were 20 members, 1 advisors and 7 Guests present.

New business: Remember to do demonstrations before the end of the year. Thank you to all that brought canned goods, they will be dropped off at the food bank.

Reminder to enroll in 4-H.

Thank you to the Danley family for hosting out meeting.

Next meeting will be November 14th, 2021 at Achievement night – Commercial Building 2pm.