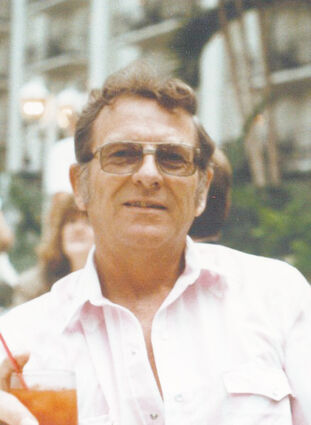 Leland Duane Standiford Sr, passed away on November 3, 2021 in the Northern Montana Hospital in Havre. He died of complications of pneumonia (NOT COVID) and was surrounded by family. A graveside service will be held at 1:00 pm on Saturday, November 13, 2021 in the Kuper Memorial Cemetery, with a reception to follow at the Eagles.

Le was born in Shelby, MT on July 12, 1939, the second of five children born to Gordon and Hazel (Rishoff) Standiford. He was raised on the family farm located just east of Lothair. He attended grade school in Lothair and graduated from Chester High School in 1957. Le attended Concordia College in Moorhead, MN and it was during his third year of college that he received a letter from Uncle Sam inviting him to come join other fine young men in serving their country in the military. He even got free passage on a ship to Korea where he served with the "Peace Keeping Forces."

Upon his honorable discharge Le returned to Montana and joined his brothers Alan and Gary in farming the home place. In June of 1965 Leland married Virginia (Ginger) Carr of Rudyard and to this union six children were born-Cathy, Leland Jr., Mary, Leanne, Peggy Sue and Jami. In 1968 Le moved his family to a ranch just north of Chinook that he and his brothers had purchased. The couple later divorced.

In May of 1989 he married Adrienne Gauthier and became a step-dad to her three children-Julienne, Marc and Germaine. They enjoyed four good years together until she passed away in 1993.

All through his life Le enjoyed sports. He participated in football, basketball and track during his high school years and in his adult years he played both fastpitch and slowpitch softball, bowling, golf, pitching horseshoes, waterskiing, and hunting. He was very athletic and excelled at all of them. He also enjoyed watching sports of any kind, whether it be in person or on TV, (especially when his children were participating and later his grandchildren).

An avid reader, he had quite a collection of Louis L'Amour books. Le was also a member of the local VFW and the Eagles Club of Chinook.

In 2000 Le was seriously injured in an accident that took the life of his friend Audrey Edgington. Following a lengthy recovery that left him with some disabilities he found a way to once again bowl and he bowled on a Sunday Mixed League. He also enjoyed going out to the farm and helping out by mowing lawn or giving a hand at fixing things.

Leland was preceded in death by his parents, Gordon and Hazel; brother Alan; two infant daughters, Mary and Peggy Sue; and wife Adrienne.