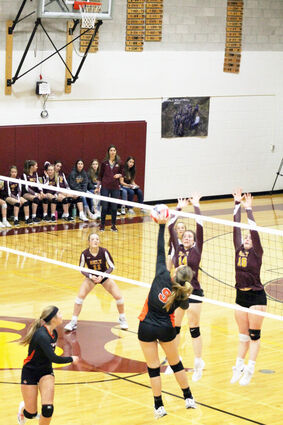 The Chinook Sugarbeeters concluded their season at the Northern C Divisional. Their three seniors played a huge roll in the teams success this fall and played very well for the 'Beeters in Belt. Senior Allison Powell delivers a strong attack against the Husky defense.

The 'Beeters opened the tournament against the 7C No. 2 Seed Belt Huskies. In a match that certainly could have gone either way it was Belt that earned a 25-20, 25-23, 25-23 win. In loser out action Chinook cruised past the 6C No. 4 Seed Valier Panthers in str...