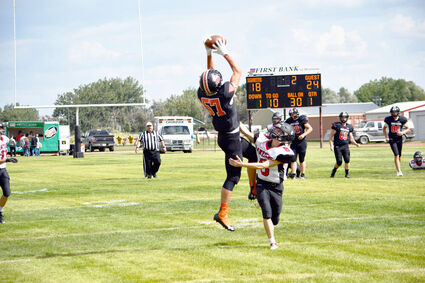 The Class C Football season has officially come to an end with the State Championship game being played this past Saturday. The attention now turns to those Athletes named to post season honor teams. This year the Chinook Sugarbeeters had a remarkable nine athletes recognized with two earning All-State recognition. The Harlem Wildcats had an athlete honored as well.

The Sugarbeeters had a fine season that included a return to the Class C Eight player Football Playoffs. As a result several athletes were recognized for their play. Senior Toby Niederegger and junior Tyler Schoen were both name...