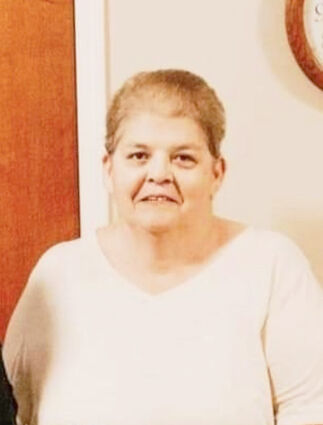 Holly Marie (Ree) Kirkaldie, a member of the Nakoda Nation of Fort Belknap, passed away peacefully on December 2, 2021 surrounded by her loving family. We thank the Creator for allowing us to tell her how much we loved her and to say our last goodbyes. Holly was born to Joe and Lucille (Hawley) Kirkaldie on March 26, 1959.

She attended school at Hays and Malta Montana. Holly grew up in Hays and Lodgepole, MT. Holly was a fun loving kid who made many friends, young and old. She was a caring person and was a motherly figure even at a young age. She took care of her siblings while her father worked and her mother went to college. This is where she developed her skills to do cooking, cleaning and caring for children. Holly was an avid hunter and bagged first elk at the age of 12.

She continued to take her nieces and nephews hunting. I was always a great time. Holly graduated from Hays Lodgepole High School as salutatorian in 1977. After completing high school Holly attended college at Montana State University in Bozeman, MT. Holly worked many jobs as a bar tender and eventually became the manager of the DY bar from 1981-1982. Holly decided to continue her education and went to college in Mile City, MT where she took up nursing. Holly was always there for people and wanted to be able to help others. After she completed her schooling she went to work in Mile City doing nursing at the Veterans Hospital. Holly later moved to Billings where she lived with Aunt Sharon to help take care of Grandma Beulah Kirkaldie. As her parents got older and retired, Holly moved home to care for them. Holly was an excellent homemaker who was gifted as great cook. She took good care of her parents and was the best Auntie anyone could ever have.

Although she was a tough lady and was firm with all the kids, they still loved her to the moon and back. She was such a caring person and the children loved spending time with her. Whenever a family lost a loved one Holly was always there to for the families by providing food and her cooking ability. Holly later worked as cook's helper at the HLP schools. Holly was also a foster grandparent at the Hays Lodgepole High School where she received lifetime achievement award from the Americorps for her many hours of her volunteer. Holly was also active in church activities, serving on the St. Paul's Mission advisory board.

Over the years Holly made many friends because of her loving ways and caring personality. Everyone in town knew her and loved her. She was the rock of the family and the motherly figure to us all. Holly will be greatly missed. Holly was very close to her "kids" Judy, Taylor, Baby Trent(Honey), River, Rayleigh, LaTasha, Alexis, Roper, Billy, and Kanessa Shambo, Holly was preceded in death by her grandparents Byard and Philomene "Tootsie" Hawley, Dave and Beulah Kirkaldie, parents Joe and Lucille Kirkaldie, Aunts Sharon Kirkaldie Fox, Shirley Kirkaldie Tams, Uncles Charles "Chase" Hawley, George "Porge" Hawley Byard Hawley Jr, Harold Martin Sr, and Eddie Moore Sr, adopted sister Vivian "Mousey" Manual and grandson Chase Morin Jr.