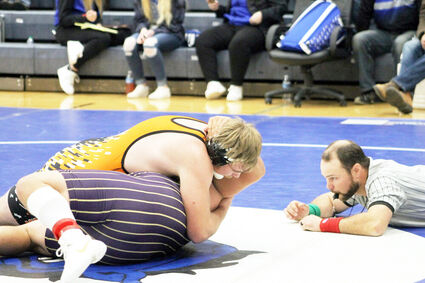 Chinook junior Wyatt Dunbar captured the 285 pound championship at the Havre Invitational Saturday. Dunbar won all three of his matches by pin. Dunbar pinned Cut Bank's Jeremy Gallagher in 4:15 in the Championship match.

The Chinook Sugarbeeter wrestling team finds itself under new leadership for the first time in three decades. Long time Co-Head Coaches Perry Miller and Adam Tilleman stepped down this past spring and have turned over the reins to one of the schools most decorated alums.

The 'Beeters have 10 student athletes out this season beg...