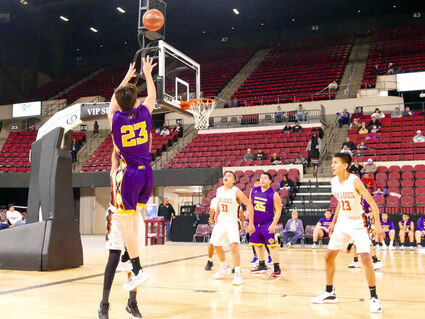 Hays/Lodge Pole senior Tyshawn Shambo had himself quite a weekend in Billings at the 9th Annual All American Indian Shootout. In two games Shambo poured in 60 points.

The Hays/Lodge Pole Thunderbirds were in Billings this past weekend taking part in the 9th Annual All American Indian Shootout. The Thunderbirds would go 1-1 over the weekend falling to Plenty Coup 77-74 Thursday and defeating Hardin JV 79-71 on Friday.

The Thunderbirds began play Thursday night in what was a thrilling contest against the Plenty Coup Warriors.