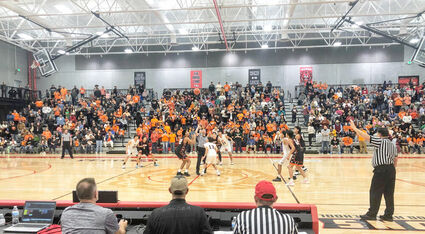 The Wildcats were back at full strength this past weekend as they were in Billings taking part in the Class B Tip Off Tournament at Lockwood High School in Billings this past weekend. The tournament featured a bevy of top tier teams from District 2B, 3B and 4B including the two time defending State Class B Champion Lodge Grass Indians. Harlem opened the tournament Friday night against the Indians, Saturday afternoon they faced Huntley Project.

In what some feel may be a preview of state tournament contest in March, the Wildcats and Indians meeting on the court in December was an early Chri...