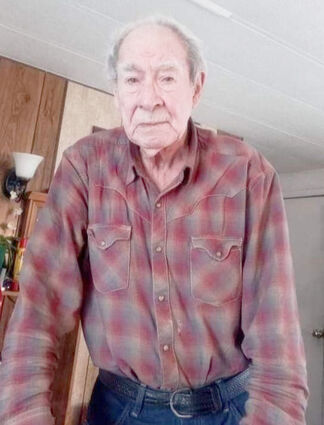 Wilfred Arthur "Artie" Warrior, 84, passed away Sunday, December 5, 2021, in Helena. Born in Hays, Montana on September 16, 1937, to Rufus and Jeanette (Perry) Warrior, Artie was, the last surviving and youngest of the children blessed to this loving union. He was raised in Hays but had the opportunity to complete high school in Turner before joining the United States Navy in 1957.

Local news and that of the rest of the world could always be heard playing on Artie's radio. He stayed on top of things going on in the world around him. He was a bit of a loner, but he certainly enjoyed sharing a drink with his small, tight-knit group of close friends. There was nothing he cherished more than his children and the time he was able to share with them and his grandchildren and great-grandchildren. He often picked on them to "Get off your Gizmo" when a phone or other electronic device was taking their attention. He was a quiet, kind, and loving soul who will be dearly missed.

Preceding Artie in death were his parents, Rufus and Jenette Warrior; his sister, Elizabeth Main; his brothers: Chris, Frank, and Kenneth Warrior; and his brother Rufus "Big Boy" Warrior, Jr., who gave his life serving our country during the Korean War.