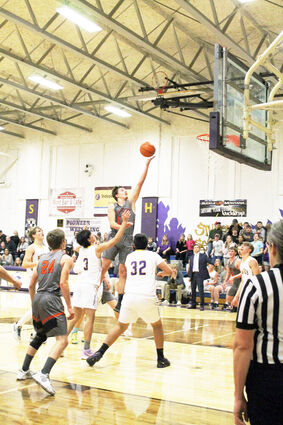 Chinook senior Toby Niederegger glides to the basket in second half action for two of his team high 13 points Friday night in Big Sandy.

The 'Beeter boys basketball team went 1-1 at the Coyote Preseason Tip Off Tournament in Shelby getting some good early season non-conference experience.

Chinook looked to turn that team growth into a strong showing on the court when they opened their District 9C Conference this past weekend. The boys were in Big Sandy Friday night to take on the Pioneers. Saturday the team once again headed west, this time to take on the Bears in Box Elder.

Chinook began the season with some good non conference action in Shelby at the Coyote Preseason Tip off tournament. The' Beeters looked to build on tha...