All Dahl'd Up Plans to Move 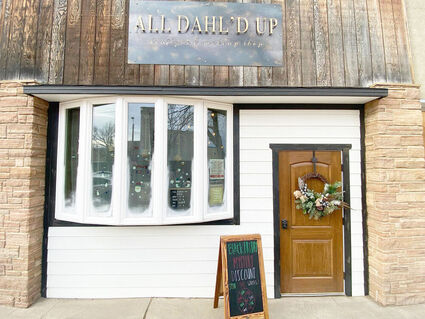 At the end of this week on January 15, after just over a year, All Dahl'd Up will be closing the doors at their current location and moving south. When the owner of the store, Kadie Wilderness Dahl made the announcement on January 4, she reassured her customers that she was not leaving town like a snow bird but preparing to relocate. In preparation for expansion into a new building in March, Dahl is offering 40% off all store merchandise this week.

In its new expanded space at 330 Indiana Street in Chinook, All Dahl'd Up will be more of a clothing and home than a boutique and make-up shop....