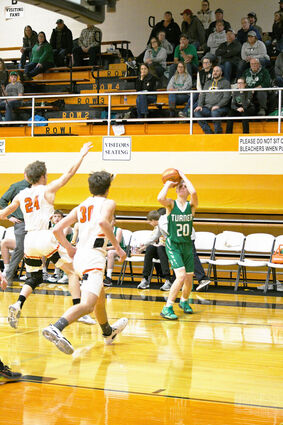 The Chinook Sugarbeeters began the new year with a short road trip west to face the Chester/Joplin-Inverness Hawks. The 'Beeters tried to stay close but in the end were defeated 51-40. Saturday the 'Beeters were back home in front of the hometown fans and out ran the Turner Tornadoes in a 82-39 Conference win.

The Sugarbeeters began the new year in Chester on Tuesday night in a District 9C contest with the Hawks. Senior Oskar Pula provided the bulk of the 'Beeter attack early on, scoring six first quarter points.

The Hawks opened up a 22-28 halftime lead over the Sugarbeeters with Pula acco...