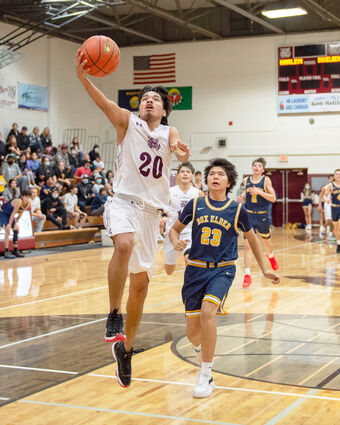 Senior Daniel Lawrence scores a fourth quarter basket in the Wildcats 73-63 win over the Bears.

The Harlem Wildcats are finally starting to get healthy and it is showing in the win column. After starting the year with a new roster nearly every time they took the court, Head Coach Geno LeValdo and his Wildcats are starting to find their rhythm.

The Wildcats were in Glasgow Friday night for an important District 2B test with the Scotties. The teams tested each other early but in the end it was the Wildcats pulling out a 71-64 win. Saturday Harlem returned home to take on the Box Elder Bears in a non-conference clash in front of the hometown crowd. The Wildcats used a big fourth quarter...