Longhorns get by Thunderbirds 57-47 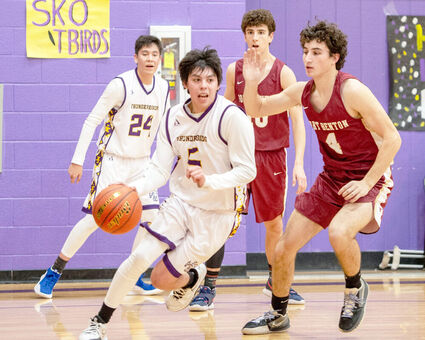 The Hays/Lodge Pole Thunderbirds were back on the court Friday night against the Fort Benton Longhorns in a District 9C contest. The Thunderbirds had been sidelined due to Covid-19 protocols and were glad to be playing again.

The Longhorns escaped with a 61-55 overtime win in the first meeting between the teams back in December. The Thunderbirds were looking to even the season series.

Hays/Lodge Pole held an 11-10 edge at the end of one but Fort Benton rallied before the half to lead 28-24 at the break.

Senior Tyshawn Shambo scored nine second half points to rally the Thunderbirds, but in t...